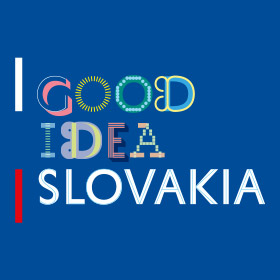 200 conferences and events will be organised over the next six months in Slovakia. In this context and in view of the Slovak Presidency of the Council of the European Union, the Slovak Convention Bureau invited European Associations and Agencies on 28 June 2016 in the very heart of Brussels, to connect and meet Slovakia as a convention and meetings destination.

The event’s host Mr. Robert Vincze, Head of the Slovak Convention Bureau, welcomed guests and introduced them to the newly launched Good Idea Slovakia brand. During the event, a gala dinner along with Slovak wine and liquor tasting took place.

A country with warm and welcoming people, and one of the safest destinations in Europe, speaks out: it is a Good Idea to explore the cities, surroundings, people, history, culture and heritage of Slovakia. Qualitative and affordable solutions are offered for associations and meeting planners and their Conventions, Meetings and Events. Bratislava, the Slovak capital is one of the best connected cities of Europe, due to Vienna International Airport only 40min away.

Bratislava, the capital of the Slovak Republic, is highlighting accessibility, innovation and excellence in execution as the key factors that make this safe destination a competitive place for industry professionals to meet.

For more information, useful data and inquiries about Slovakia please connect with Mr. Robert Vincze and Team of Slovak Convention Bureau at E. scb@sacr.sk and T. +421 918 336 259

We use cookies on our website to give you the most relevant experience by remembering your preferences and repeat visits. By clicking “Accept”, you consent to the use of ALL the cookies.
Cookie settingsACCEPT
Manage consent